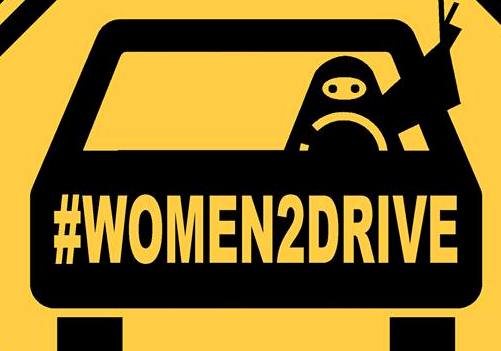 Saudi King Salman Bin Abdulaziz issued a royal decree on Tuesday allowing women to drive, a historic breakthrough in a country known for its dismal record on women’s rights. The decree set up an inter-ministerial committee which would look into the legal and operational changes required to enact the reform. But it won’t be before June 2018 that women can actually start driving without their guardian.

The kingdom will no longer be the only country in the world where women cannot drive. This achievement could be largely attributed to the mobilization by young women in Saudi Arabia and the Arab World around the right to drive, which emerged in the late 1990s. In 2011 the Women2Drive campaign went viral on social media, with activist Manal al-Sharif, a 32-year-old working woman who challenged the driving ban, becoming a symbol of rising discontent and cyber activism in the country.

Easing the long-standing driving restriction would benefit more than 7 million Saudi women of working age (between 18 and 64), who account for a quarter of the country’s population of 28 million Saudis. It is also expected that this reform would ease the pressure on the labor market by facilitating access to jobs for Saudi women. The national unemployment figure for women stood at 39% in 2015, compared to only 5% for Saudi men.

This new reform comes within a recent trend implemented by Saudi authorities to gradually relax the controversial male guardian system. Since 2011 women were allowed to join the government’s advisory Shura Council; they were allowed to compete in the Olympics for the first time in 2012; they started voting in municipal elections as of 2015 and allowed to work in certain hospitality and retail jobs; and were allowed last year to attend public sports events in women’s sections in stadiums.

Yet Saudi women still have a long way ahead in terms of securing their basic rights and human freedoms. They still need the permission of their male guardian to marry, travel, obtain healthcare in certain situations and to enroll in higher education. Marital rape is still not recognized and rape victims risk being charged with adultery. And although the country is a signatory of the UN’s Convention To Eliminate All Forms Of Discrimination Against Women (CEDAW), it rejects any aspect of the convention that is not compatible with Islamic Law.